The Cousin Tag Point - It's All Related 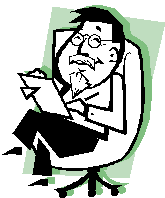 A cousin tag point is a tag point that holds up an alternative route to success.

A cousin is a relative descended from a common ancestor. A cousin tag point comes from a common goal but can be used to arc around a particular point of stress or distraction while still encouraging success and the completion of the original desired behavior.

Example:
A child is able, but still cautious about touching a horse. The most obvious tag point “touch horse” may still be a little scary. A cousin tag point could carry student past any lingering fear and help drive focus to the subsequent non-stressful point of success.

Now the focus is deflected off the part we know to be stressful (touch the horse) and placed on an easy point of success, (touch my hand). “Touch the horse” is still part of the instructions, but positioned as a casual behavior before the exciting and reinforced tag point.

Example:
A psychiatrist working with a patient with agoraphobia had a brilliant example of a cousin tag point.
The patient was able to leave her apartment but was very stressed when doing so. The psychiatrist wanted her to practice taking one step beyond the door. The obvious “take one step out” did qualify as a tag point under the WOOF criteria, but funneled all of the client’s focus onto the very behavior that was most challenging. Instead, the doctor created a cousin tag point.

The easier task of “step back into apartment” (which cannot be completed without first stepping out of the apartment) was repositioned as the highlighted and reinforced behavior. The patient was pleased to focus on returning to safety and was less stressed about taking the step out.

Before you create your next tag point, spend a moment and decide if a cousin tag point might just be the “relative” you want to have around!