TAGteacher Tale: Douglas Goes to Camp - The Magic of TAGteach in Action 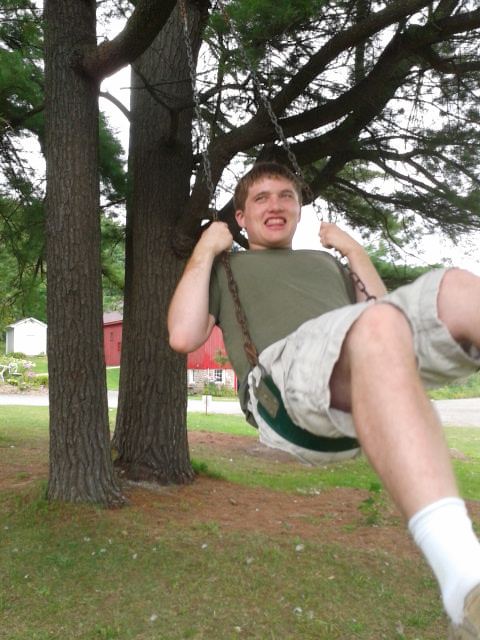 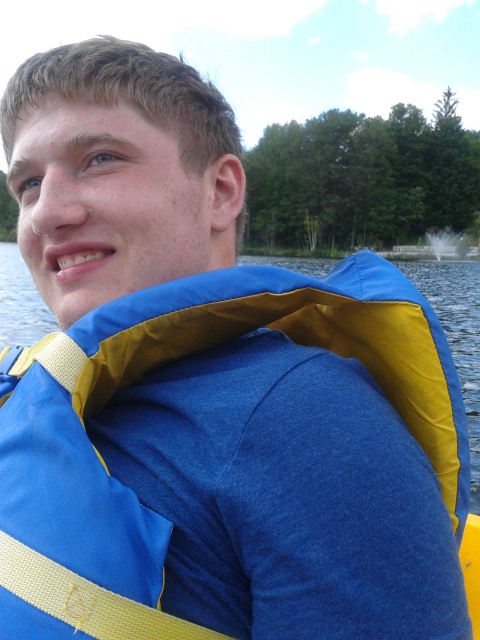 Doug is the subject of the book Chaos to Calm: Discovering Solutions to the Everyday Problems of Living with Autism, by Martha Gabler. Martha explains step-by-step in the book how she methodically taught Doug many simple and then more and more complex behaviors necessary for life in a busy family. She used TAGteach, an approach based on the science of behavior, to teach new behaviors to replace screaming, running around, self injury and other chaotic behaviors with which many autism parents struggle on a continual basis. All Martha's teaching used positive reinforcement to strengthen desired behaviors. Now Doug is 17 and his self-stimulatory behaviors are almost non-existent. He chooses to exhibit behaviors that he has learned and that have become more reinforcing for him than the chaotic and sometimes violent behaviors in which he engaged during what Martha refers to as "the dreadful early years". Doug at 17 is happy, affectionate and cooperative. He loves his math and reading lessons and he loves outdoor activities. This summer Doug went to Shadow Lake Camp for a week and his counselor was my daughter Anne Wormald who is a level 2 TAGteacher. Martha came prepared with a tagger and some treats that Doug likes and left him in Anne's capable hands. Anne had read Chaos to Calm, so she knew many of Doug's tag points. The other staff at camp looked after Doug while Anne was on break and they too learned to use TAGteach with Doug. He had the whole camp trained by the end of the week! Here is what one of the other counselors said about Doug:


"He's so cute and well-behaved! When you first gave me the tagger I was kind of unsure, but once you told me about how he was before and I used it, it became obvious that it really works. I really want to read the book!"

Doug's experience at camp is a testament to the power and effectiveness of TAGteach and the skill of Martha as a teacher. Martha was able to hand over her son, a tagger, some treats and some basic tag points and he was able to enjoy himself immensely at sleep away camp for a week with strangers. Anne kept in touch with me by text during the week with Doug. Here is a transcript of those messages: 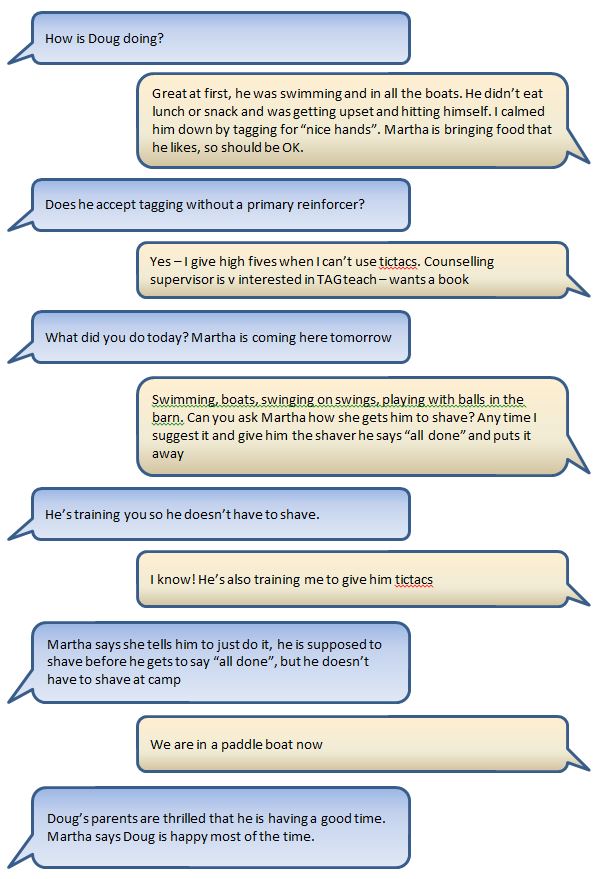 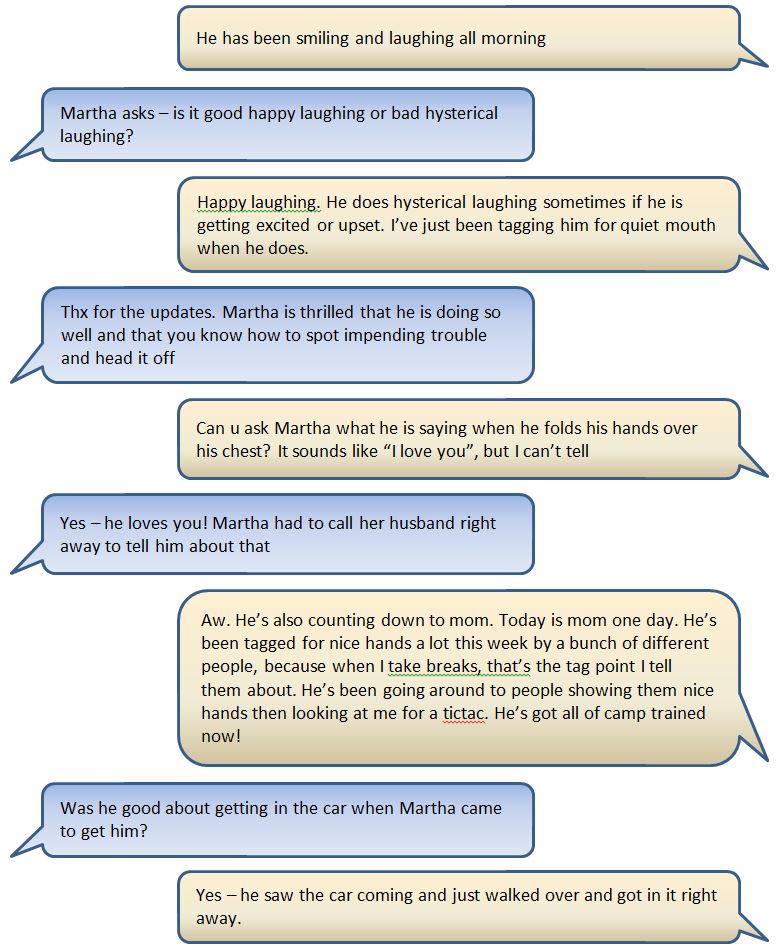 Here are some videos of Doug having fun at Shadow Lake Camp. In the swing video, Anne is tagging him for "hands on". He had been letting go with both hands at the top of the upswing so she gave him a tag point for a behavior incompatible with the undesirable behavior. You can see from the video that Doug no longer needs to get a treat after every tag. He will in many circumstances defer the reinforcement in order to keep on doing a fun behavior. The swinging behavior itself is reinforcing to Doug and he would rather keep doing that, than stop to come and get a tictac after each tag. This is a good example of a learned behavior that has become self-reinforcing.

Click here to read more about TAGteach and autism

Click here to read more from Martha Gabler and how she taught Doug to be confident and cooperative enough to be able to enjoy himself at sleep away camp for a week with strangers.