TAGteach and Sports - How to Eliminate Nagging

Ah nagging; the most beloved teaching tool in the world. Just keep at ‘em until they fix it, do it, drop it or stop it. In fact, experienced coaches, teachers and parents often use a highly advanced system called, multi-nagging. Hit them with multiple corrections every turn. One of them may stick. This leads us to the question…


How do you amplify the critical feedback athlete’s need, while reducing the amount of language that accompanies it? There is a way.

In a process called TAGteach, (Teaching with Acoustical Guidance) feedback from the coach is transmitted audibly with a simple device that produces a sharp click sound. This sound, called a ‘tag’, marks a single response, action or position called a tag point, and says, “Yes, that’s correct”. No tag means, “Self-assess and try again”. The feedback is positive and students don’t have to interpret verbal instructions or corrections while trying to interpret their own intrinsic feedback. 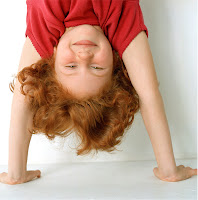 For example, a gymnast must learn the basic skill of keeping good form while performing a handstand. Instead of repetitive requests that bear a considerable resemblance to nagging, such as “get your feet together”, the coach can establish a ‘tag point’. A tag point is something the coach wants, phrased in a way that can be answered yes or no, such as “the tag point is…feet together”. If the athlete puts her feet together in the handstand, the coach marks the exact moment her feet come together with a ‘tag’. If she hears the tag, she hears success. If the athlete doesn’t hear a tag, she must self assess. No tag? She thinks, “The tag point was… feet together. Mine must still be apart.” The athlete decides on a corrective action, pulls her feet together and receives the tag. Changes are considered and made by the athlete through self-assessment before further feedback from the coach is given. Now the athlete is in charge of her progress with minimal intervention from the coach. This fosters accountability and reduces the need for immediate and constant verbal corrections.

The coach can also decrease nagging and boost the athlete’s chance for success by increasing criteria in manageable increments and limiting unsuccessful attempts. The athlete can only truly focus on improving one aspect of a skill at a time, particularly if it is a new skill. When they receive multiple corrections it’s a coin toss. Legs straight? Back straight? Legs together? Toes Pointed? Which correction is the most important to the coach? Even if they do make a correction, there seems to be a “better, but” that lands them in the “you aren’t concentrating” hole again. With TAGteach, the coach chooses and tags for the point that is sequentially most important to the make-up of the skill. If the athlete does not receive a tag within three tries, it is the coach’s responsibility to create a tag point that is within the skill level of the athlete. In all cases, tag points are addressed one at a time and the student does not receive commentary on other errors. These errors will be addressed in future tag points. Because the criterion for success is the attainment of the single tag point and not the completed, perfected skill, the athlete and coach can learn to appreciate incremental successes on that never ending road to perfection.

The Tag Point Is…

Secondly, the unique construction of the phrase sets the stage for a balanced relationship between coach and athlete. Jim Mernin works with athletes of all ages and cognitive abilities in the art of horsemanship for the Festina Lente equestrian facility in Wicklow, Ireland. He found his students felt less intimidated when objectives were phrased “The tag point is…” instead of the standard “I want you to ….” The absence of the words “I want” allows the coach to become more of a facilitator and less of a dictator. This leveling of the playing field is not lost on the learner. Jim says the phraseology helps create a relationship with his students based on assistance instead of dominance, opening the door for better communication and respect. 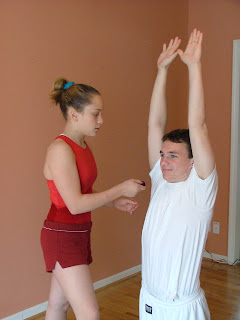 Finally, because tag points are broken down into easily recognizable bits with simple yes or no answers, athletes can become the ‘coach’ and tag each other. We call this ‘peer tagging’. Athletes instantly fill with a sense of responsibility and pride as they are handed a tagger and put in charge of deciding if the tag point was preformed or not. They learn to look for correct actions in their partner, while mentally reinforcing the same points within themselves. The student who teaches learns twice.

For instance, a baseball coach breaks his team members into groups of two. The tag point is… step into the swing. One player is the ‘coach’ and will tag if the tag point is achieved. The second in the pair is the ‘athlete’ and will perform the skill. Each group of 2 is now completely focused on their individual assignment and after a set number of tags can flip flop the coach-athlete role. Each athlete is now getting a mental workout even though they may not be the one currently performing the skill. Bonus- with the athletes tagging each other, the coach is now free to give an individual attention, without halting the rest of the group.

Historically coaches are not given many tools to focus on the good. We acknowledge something performed correctly only as long as it takes to consider what still needs to be improved. The key to TAGteach is to increase a correct response, action, or position by pinpointing and reinforcing it. Although studies show that especially in adults, feedback and accomplishment are in themselves reinforcing, the definable and measurable successes of the audible tag can be counted and used in a token economy. As an athlete collects a pre-defined number of “tags,” she may choose to turn them in to “buy” stickers, trinkets, come in late on a Saturday practice, choose the next skill, or even choose next tag point. Groups of athletes can combine their earned tags and turn them in for open gym time, compete in skill contests, or team sleepovers.

Although TAGteach is being utilized by nationally ranked main-stream athletes, the methodology of marking a predefined response, action, or position (the tag point), utilizing non-threatening language and positive reinforcement also make it perfect for work with the special needs community as noted by the following: Special Olympics: “We saw an almost immediate improvement in skill execution and confidence in our Special Olympics rhythmic gymnasts”, said Debbie Boycott, head coach of the Oakville Butterflies from Oakville, ON Canada. “The athletes were very quick to understand and appreciate this way of teaching and were even able to teach each other using the TAGteach methods”.  [Editor's note: Athlete Emily Boycott won 5 gold medals in Special Olympics rhythmic gymnastics]

Jennifer Golynsky, Special Olympics coach in aquatics and tennis relates, “I have been coaching Special Olympics for 11 years and feel that TAGteach is aligned with the Special Olympics philosophy in that it emphasizes positive reinforcement, athlete confidence and breaking down skills into manageable tasks.

Students with Autism: “Applied Behavior Consultants, Inc., founded in 1986, by Dr. Joseph Morrow and Brenda Terzich, M.A., has provided behavioral services for over 3000 clients worldwide. TAGteach™ allows us to be “language-free” with our reinforcement. This is a tremendous benefit since many of our students have communicative deficits. Once paired with a reinforcer, the “tag” is universal. Preliminary research at ABC, Inc. has shown positive results using TAGteach and positive behavior change. TAGteach™ is not just for competitive athletes and gymnasts; it can be proven functional and invaluable for children with Autism, as shown here at ABC, Inc.”  [Editor's note: visit our website and blog posts for research on TAGteach and autism]

Like the much loved video game, TAGteach provides instant, positive, audible feedback. It’s easy to use and understand and backed by the science of learning. The methodology described, provides coaches with a tool other than a notional hammer to present feedback in a supportive, productive fashion beneficial to coaches and athletes.

Comments from dance teachers after attending a TAGteach seminar: